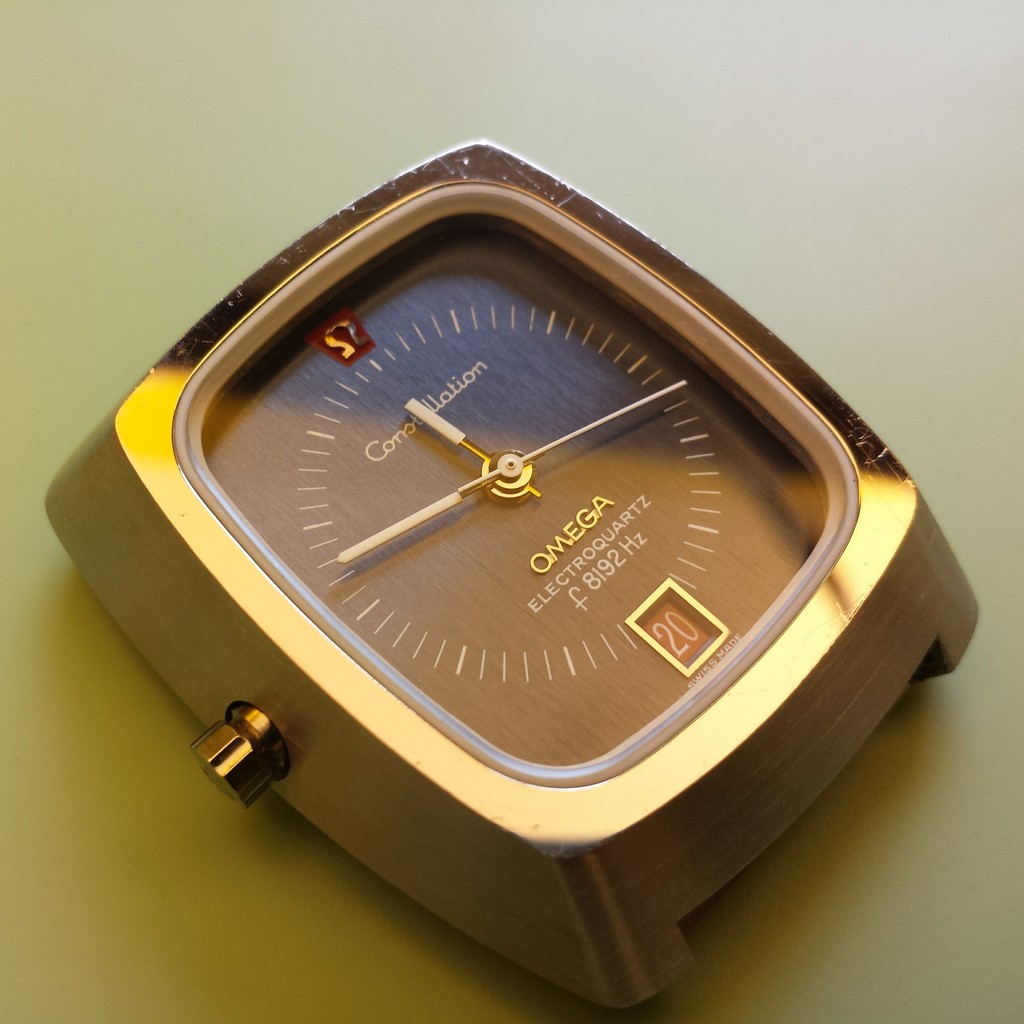 An icon, the first Swiss quartz watch, in for repairs and service.

This watch was in prime cosmetic condition, but was neglected mechanically. It had been run without routine service, and had some serious problems. 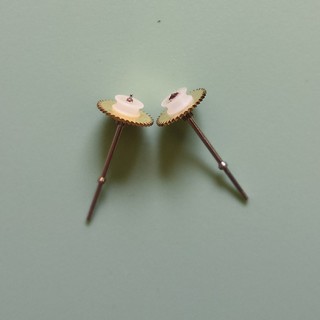 The worst was the pivot on the sweep second wheel, which had converted into a pile of rusty dust. Fortunately parts are only difficult to find, not impossible. This photo shows the old and new wheels.

After replacing parts, the mechanical service is straightforward, and not much more difficult than servicing an Accutron or ESA9162 movement. When this movement was designed, there were no small stepper motors to move the hands, so they used the indexing mechanism available at the time: the clicks and click wheel just like contemporary tuning fork watches used. There is not a full tuning fork though, since the timekeeping comes from a quartz crystal. There is just a short electrically-driven vibrating blade carrying the click. 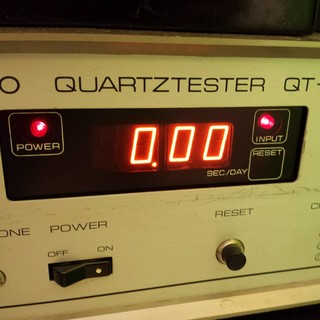 Unlike most modern quartz watches, this movement has a trimmer to adjust the quartz oscillator's frequency.

This Seiko quartztester has an inductive pickup, so it can measure timekeeping by reading the electric field of the watch, without disturbing it. I use it for all electric and electronic watches, which for my work are mostly tuning forks.

It is carefully and routinely calibrated against a GPS-disciplined oven-controlled crystal frequency standard, and this reading of the Omega keeping time to better than 1/100th second/day is correct and reliable.

All quartz crystals change frequency slightly according to their temperature, and this Omega is no exception, but the change is very small, probably less than 1 second/month for temperatures a wristwatch in normal use can expect. 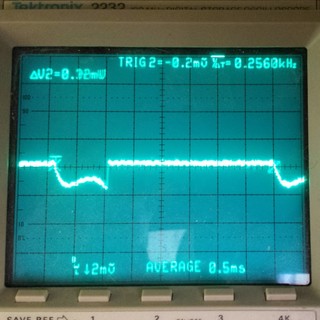 For most efficient power transfer from the quartz driver to the blade, the blade's resonant frequency is adjusted to match the driving frequency.

To do this, you monitor the current consumption of the movement with an oscilloscope and adjust the blade's counterweight so that the inflection point of this trace (the point where it changes from concave-up to concave-down) is centered in the power-drawing period.

Servicing, adjusting, and regulating a Beta21 is tricky but rewarding. It's a great movement from a very special moment in watchmaking history.